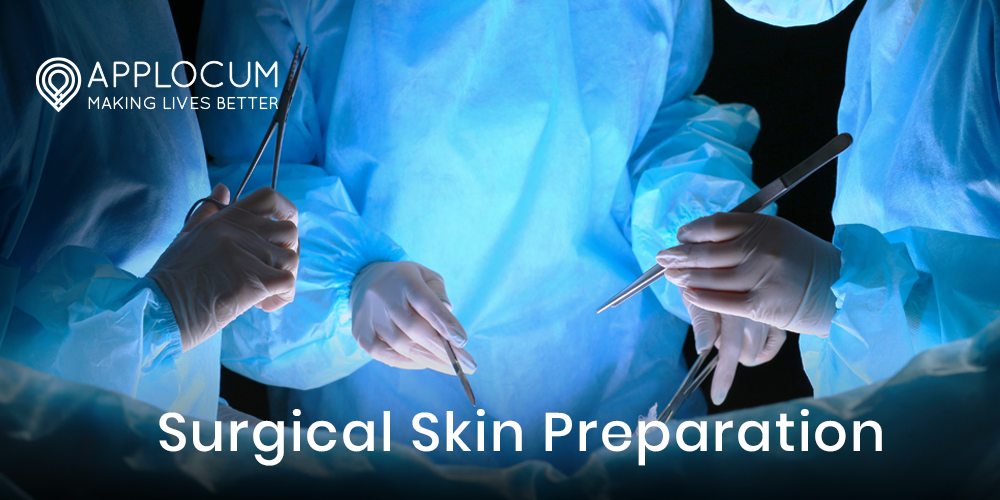 Current figures suggest that up to 10% of patients develop a surgical site infection (SSI) following surgery. These are significant figures that may well be much higher as the method of data collection does not include infections found in patients after discharge from hospital and where many such infections are shown to develop.

Studies go on to explore that patients are affected both physically and emotionally. The cost of managing an SSI and potentially preventing other patients from being admitted for treatment adds further concern to an already over stretched healthcare system.

The most common source of bacteria entering a surgical wound is the patients own skin, but other sources of bacteria must also be taken into consideration. These include but not limited to: staff present in theatre, airborne particles which may come into contact with the patients skin, the length of the procedure, as well as the patients age and own immune response.

The risk of postoperative surgical site infection is minimised through the effective management of skin preparation of the surgical site (AFPP 2011). Skin preparation or more commonly referred to as prepping the skin is therefore extremely important, as it reduces the amount of bacteria, be it resident or transient, found on the patients skin. Antiseptic agents such as chlorhexidine or iodine are proven to effectively kill such bacteria, whilst some may also prevent the formation of new bacteria during surgery. However, it still remains unclear and evidence is limited in favour of one solution or another, with further research undoubtedly required to influence best practice and demonstrate if one single antiseptic solution is better at preventing wound infection.